Cristian Ornelas Romo was born in Jalisco Mexico. He died at the age of 23 years old, on a Saturday night but he left this world knowing that he changed his family and friends lives in a positive way .Since the beginning his family knew he was born to be different.

Cristian was unique and his personality cannot be compared with others. When you met Cristian, you felt you clicked with him. His personality was positive, supportive, kind, caring, outgoing, brave, strong, patient, and smart and so much more. He was very talented, he had an amazing singing voice and he made covers in Japanese and he loved doing those covers always showing me his previews of it and dancing to his songs as we listened, these covers always reached his audience positively.

Drawing was also one of his many talents, he always created the most beautiful pieces which were stunning. Let me tell you this everything Cristian did in life he gave it his all. He never complained on things he had to do he just did it. When it came to him graduating, he made sure got it done, worked hard and studied to get that diploma in his hand.

The smile he had that day I won’t forget it. When he first got his car, he worked very hard at his job, saved that money, and purchased it. He saved up to get his cars, even a motorcycle, but the last one he got was the burgundy Mustang. He loved that car so much , I remember how happy he was telling me about this next purchase , even showed me pictures and took me to the place he was getting it from, and then video chatted with me another day to show me, and finally i seen it face to face. I thought just how beautiful this car was.  I got a chance to be in that car with him several times and i am so grateful for that.

Another hobby of his was fixing up his cars, his cars were his babies, always keeping them cleaned up and making sure his cars had everything they needed. He also helped his friends out with their cars as well. Let me talk about family, family was something Cristian always cherished. He would always tell me first thing he always thought of is making sure his family was good, and he cared about us so much, family to him was first.

He would say that he was proud of his little sisters for being good girls, and regardless of our age we would always be his little sisters. He was an older brother but also a best friend to us, and even to others. His words of encouragement to his sisters would be “it’s okay sis you got this”, “it'll be okay just hang in there sis” “awesome, stay calm sis” , “that’s what's up you should be enjoying yourself like that more often, “just go out and try sis” and there's so much more I can’t type it all down. He was and will always be my biggest supporter and best friend. All his close friends loved him and some told me how much Cristian motivated and helped them, a few things his friends told me were “he was just so unique he was most hard working person I know”, “he was on of a kind he changed all of us he was always happy he would never argue he would take care of all of us”.

Cristian loved nature, his favorite weather was rain and snow. Running in the rain or just running was something he loved doing in general.  He also used to do wrestling in high school, go to the gym, and he did swimming. Ending this of , Cristian’s priority in life was to work hard for what he wanted to do in life, his dreams and goals were  accomplished, he wanted to have a house by the age of 25, but god decided to take him home with him ,for him god's house was his. Cristian is happy and all his dreams were accomplished.

did what i loved to do” -Cristian

To plant memorial trees or send flowers to the family in memory of Cristian Ornelas Romo, please visit our flower store.

I do not know Cristian or his family but i read an article about the accident and had to send condolences. My daughter just turned 18 and is a new licensed driver. I am terrified every time she leaves in her car that something like this will happen. I cant imagine the pain and heartache his family is feeling with the loss of such a young life. His story will forever be in my thoughts and help others see that even though youre young, you can make a positive impact in so many lives. Sounds like he lived his life to the fullest with no regrets and I hope his family can find some peace in that. Im sure that Im one of many strangers that are thinking of his and his family, friends and all his loved ones. May he Rest In Peace and May his family find comfort and love during this devastating time.

A candle was lit in memory of Cristian Ornelas Romo

Our deepest sympathy on the loss of Cristian. His Excel Center family grieves with you. Such an extraordinary young man. All of our love and prayers, The Hammond Excel Center Staff

Friends and Family uploaded 1 to the gallery. 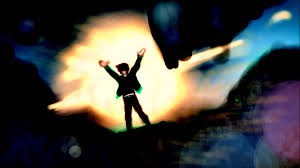